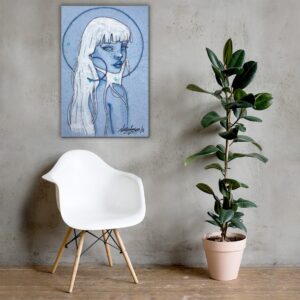 This unique artwork is part of the original hand-drawn illustration on hand made paper. Blue soul canvas artwork created by Clarafosca printed on a handmade canvas. The name of this bohemian style painting is “Blue Soul”. Watercolour art style. 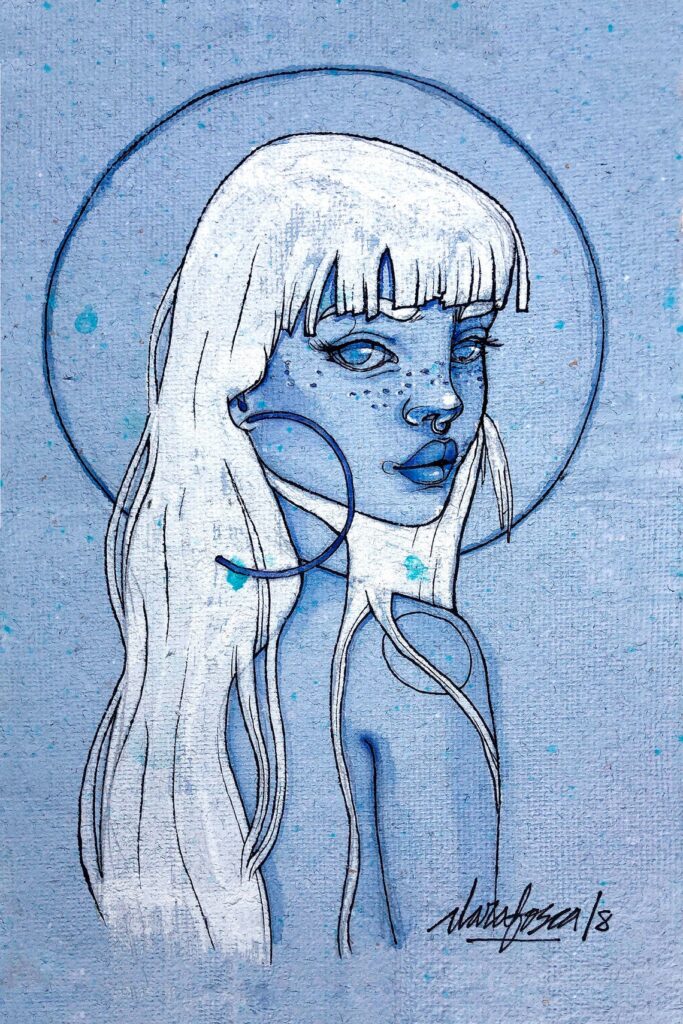 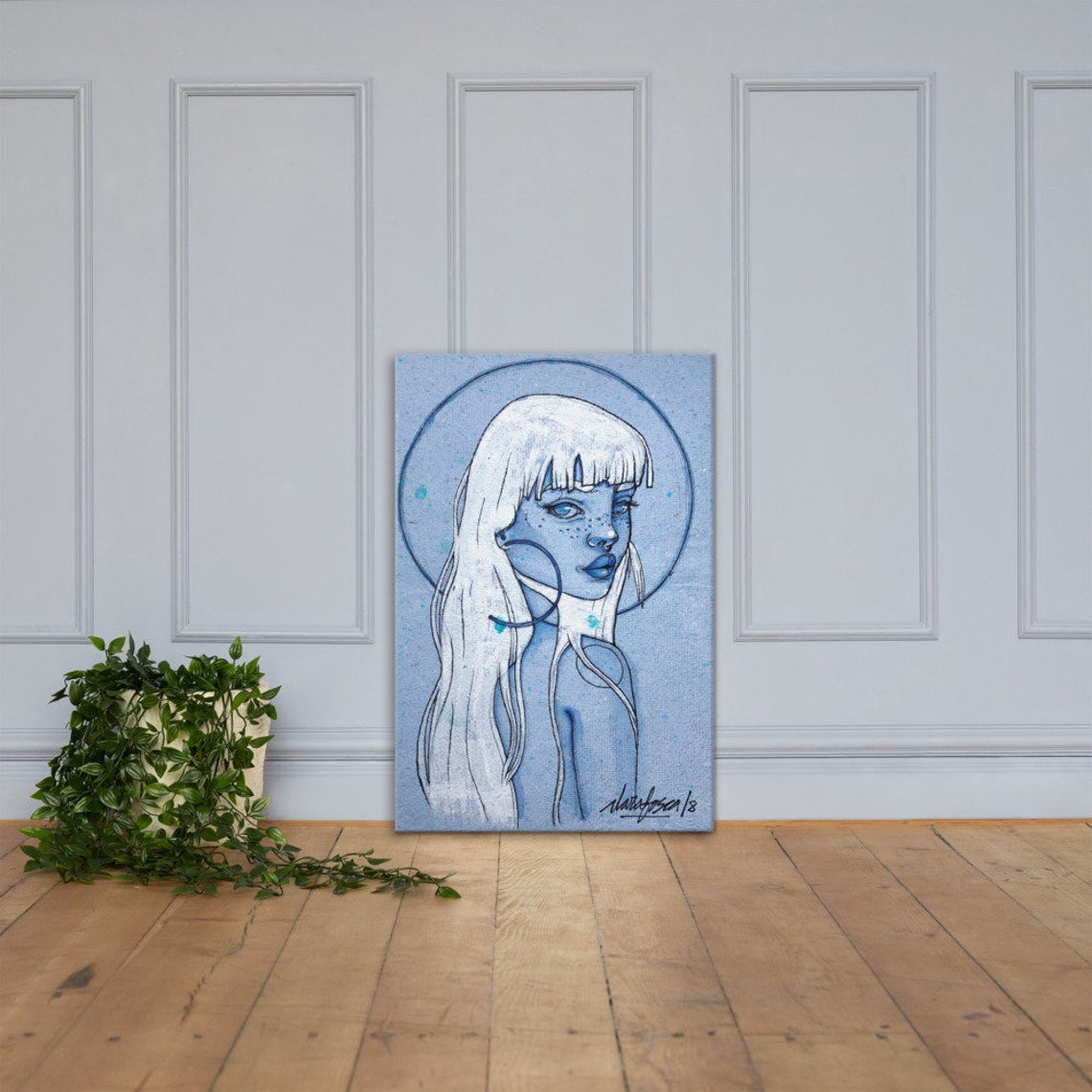 The blue color in recent history

In the 20th century, it was possible to have your own blue color. The French artist Yves Klein, with the help of a French paint merchant, created a specific blue called International Klein blue, which he patented. It was made of ultramarine blue combined with a resin called Rhodope, which gave it a particularly bright color. The Los Angeles Dodgers baseball team developed its own blue, called Dodger blue, and several American universities invented new blues for their colors.